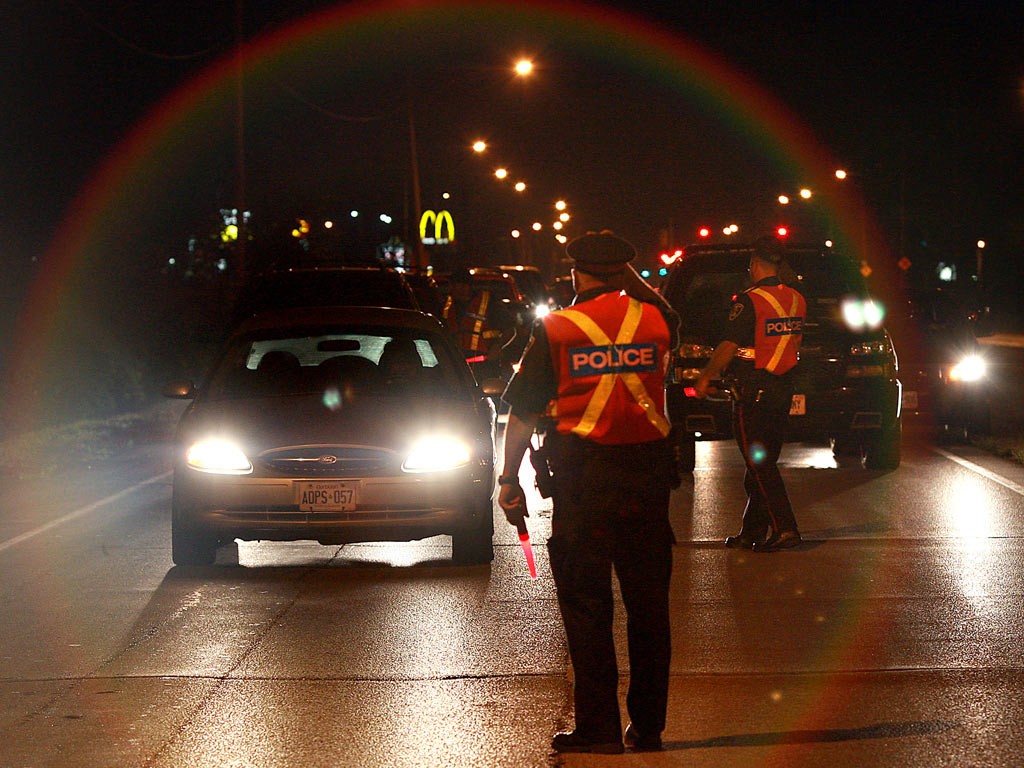 Driving During the Holiday Season

The holiday season is here. There are a couple of things you can count on: Christmas trees, people complaining about the term “happy holidays”, and, even more regrettably, drinking and driving. The police will be out in full force during late December to catch impaired drivers.

The RIDE program allows the police to set up on the road and stop any and all cars traveling through. RIDE stands for Reduce Impaired Driving Everywhere. This post will discuss the rights and obligations a driver has when encountering a RIDE program.

What follows is legal information and not legal advice. It should not be relied upon in making a legal decision. If you want legal advice, contact a criminal lawyer.

Don’t drink and drive. It is one of the most irresponsible things a person can do. The police have excellent methods of investigating impaired drivers, and Crown Attorneys vigorously prosecute these offences. If you do not drink and drive, you will save thousands of dollars in lawyers fees, and hundreds more in criminal penalties.

What is a RIDE program?

A RIDE program is a random checkpoint in which all drivers passing through a major artery are stopped and questioned. If the police reasonably suspect that a driver has alcohol in his or her body, the police will request that the driver blow into a screening device at the roadside. For simplicity, I will call the roadside screening device a “breathalyzer” in this blog post. Criminal law nerds, don’t kill me.

What are your obligations at a RIDE program?

A driver encountering a RIDE checkpoint must stop their vehicle when requested to do so. The police will ask the driver a series questions so that they can smell the driver’s breath when the driver replies. Significantly, a driver is not legally required to reply during this conversation. You can say nothing if you want to. You can even say that you decline to answer the police’s questions. Legal requirements and social requirements do not always align, however. It is awkward and quite suspicious if a driver rolls up to a RIDE program and says nothing in response to the police’s questions. You may be requested to blow into the breathalyzer on that ground alone.

The police will also be looking for other indicia of alcohol consumption: red eyes, slurred speech, the presence of alcohol containers in the vehicle.

What exactly are the police looking for?

As soon as the police have a reasonable suspicion they can demand that the driver blow into a breathalyzer.

The easiest way for the police to form a reasonable suspicion is for the driver to tell them that he or she has consumed any amount of alcohol. This means that as soon as a driver says “I had a drink”, the police can demand that they blow. Some drivers think they can outsmart the police by minimizing their alcohol consumption. Instead of saying that they had three drinks, for example, they say they had one. It doesn’t matter. One drink is as bad as three.

Do you have to blow at the roadside?

Yes. If the police demand that you blow into “an approved screening device” at the roadside you must blow and provide a sufficient sample of breath. If you refuse or fail to provide a sufficient sample of breath without a reasonable excuse you can be charged with a separate criminal offence under s. 254(5) of the Criminal Code of Canada. It has the same penalty as an impaired driving charge.

Are you allowed to speak with a lawyer before you blow?

No, generally a driver is not allowed to speak with a lawyer before he or she blows into a breathalyzer at the roadside. The courts deem drinking and driving to be such a tremendous social ill that the police are allowed to arbitrarily detain a driver and deny him or her their constitutional right to a lawyer in order to efficiently conduct a drinking and driving investigation.

It sucks but it’s the law.

What happens when you blow into a breathalyzer at the roadside?

If the diver’s blood alcohol content is more than 100, the police have the power to take the driver to the police station to blow into a higher calibre breathalyzer.

At this point, the driver has not committed a criminal offence.

The breathalyzer at the police station will measure the driver’s actual blood alcohol content. If that breathalzyer shows that the driver has 80 or more milligrams of alcohol in one hundred millilitres of blood, the driver will receive one or more criminal charges. Their driver’s license will be suspended for 90 days automatically.

Even if the breathalyzer does not show a blood alcohol content to be over 80, the driver can still face a criminal offence of ‘impaired driving’.